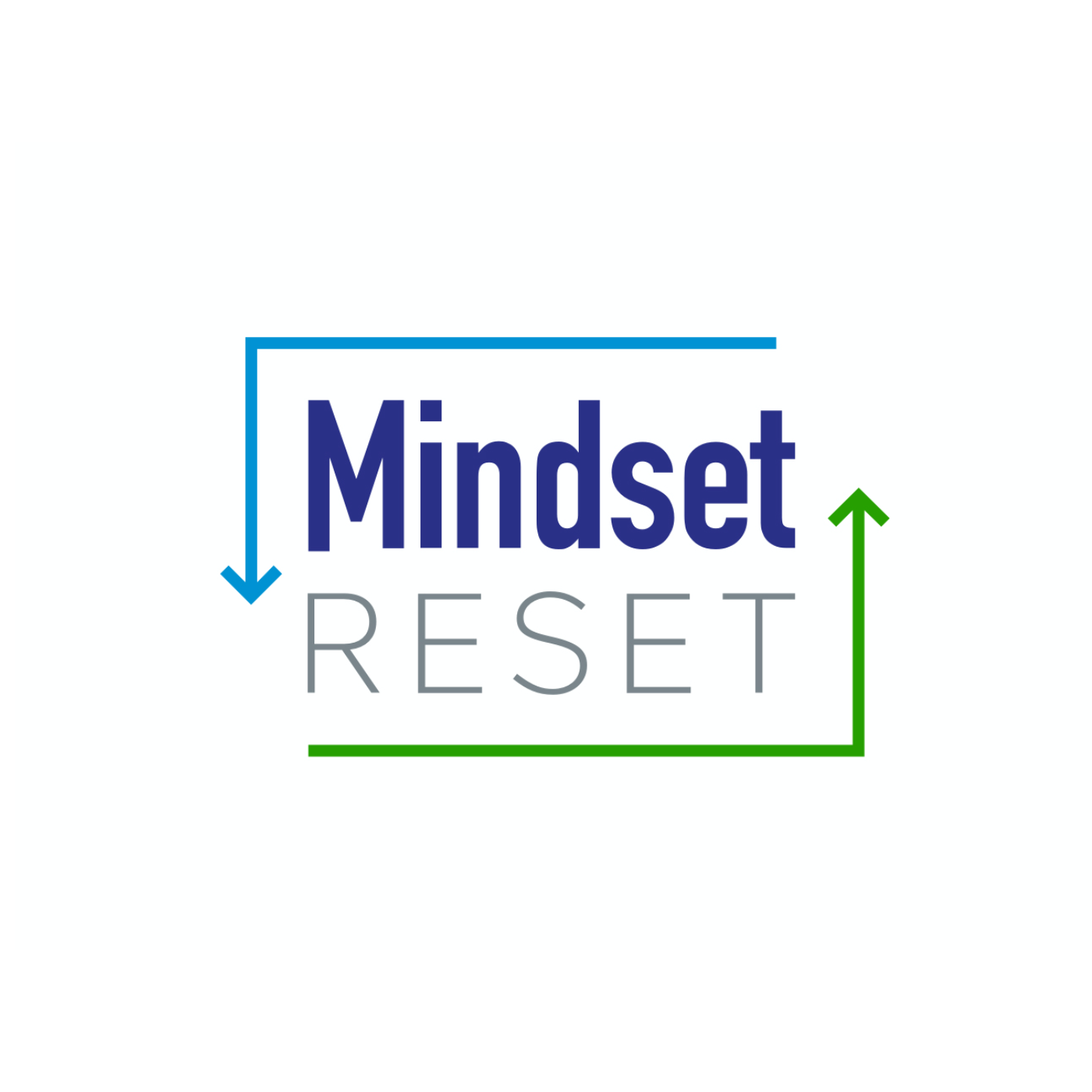 Sumo Logic has partnered with Shawn Achor, New York Times best selling author, and renowned speaker, to bring you a four-part series specifically focused on helping us adjust our mindset in this crisis. Shawn brings an amazing viewpoint that is impactful and well suited for our current climate. In each of the four episodes, Shawn is going to share his experience and practical suggestions you can apply right now to create a positive mindset and make a difference in your day to day.
More

Inoculating your brain against anxiety and stress

Inoculating your brain against anxiety and stress

Ben Newton: Hey everybody, and welcome back to Mindset Reset, and I'm your host, Ben Newton. This is the second episode in our four-part series with Shawn Achor, bestselling author, and world-renowned speaker. In the first episode, we set the stage by talking about rational optimism, and then discussed how to maintain social connection in a time of social distancing. In this episode, we're going to talk about how you can inoculate your brain against anxiety and stress. I think as we're thinking about what's going on, and I don't know anyone else listening to this, but I found the first week of sheltering at home was pretty stressful. You want to stay in touch, you want to understand what's going on, but you can ignore the news, you can't ignore social media. In particular with kids, but with anybody, you've got to know what's going on, but there's a lot of messages that are difficult to take in. Through all of that, you want to be thinking about your mental health, and your own ability to keep a positive mindset. One important thing we wanted to talk about was basically inoculating your brain against anxiety and stress. Let's talk a little bit about that, Shawn. How do you really approach that? Because there's so much coming at you, how can you really put up the right, basically, just like we would inoculate against a virus? How do you inoculate yourself against some of this stuff that we have to deal with on a regular basis, to live our daily lives?

Shawn, I have a question for you. Hearing you talk about it, you reminded me of something that I was wondering the last time I heard you talk about this, a few weeks ago. You say three things, is there any particular reason why you pick three? Or, is that just a convenient number, or just more than one? Why three?

That's a great question. From the research side, we don't know too much about the answer to that. What matters is the scanning, so 10 might be better than three. The reason we pick three is about one, it's pretty easy. Three, your brain actually has to push a little bit harder, 10 feels overwhelming and people stop. That's actually the main reason for it. If there's a bigger difference... I'm willing to bet 10 would be better than three if you could get somebody to do it. So, what we picked was something that was easy, that somebody could do in a 45 second period of time. Part of the reason I've been doing the three is we've been trying to get people to do it while they brush their teeth so that there's a retrieval queue in the brain that, as soon as they think about brushing their teeth, they actually think about gratitude. So, if you already have a positive habit, you don't have to have another one, you just do it during the previous positive habit. 45 seconds of thinking of three new things you're grateful for can occur while you brush your teeth.

Ben Newton: That'd probably help me brush my teeth better, too. I need to spend more time brushing my teeth. You know, one thing I definitely want to say, too, when I heard you speak in February, and I definitely took away that idea, I wanted to try it. Like I said, we have two kids, so we started doing it at dinner. I think I remember you guys did it, at least fora while, at dinner. We've been doing it for a few weeks now. I wasn't sure, I was like, " Okay, we should probably keep doing it through the crisis." But I was like, " I wonder how this is going to go?" It's actually been amazingly impactful. I'll try the bedtime thing, too. I think the way you were talking about it, it shifts the mood immediately. I've seen because we're a little stressed, because we just made dinner, trying to get the kids to be quiet and sit down. My wife just cooked, or whatever, or I cooked. There's usually stress going into dinner, but you immediately sit down and it's like it shifts. It stays that way for a while. I guess, one question along with that. Is it about those habits, and introducing those during the day, is that probably what helps, too? Is that you start injecting this throughout the day as well, does that help?

It absolutely helps. What we're finding is in certain religious traditions, they would play a bell at certain hours, just to bring your brain back to awareness of it's amazing we're even alive right now, or there are things to be grateful for. I think in the midst of all this, when this first started happening, I felt like my brain was going into panic mode immediately, thinking about all the threats that were going on, and gratitude falls down on that list. But, we find that when people are grateful, their levels of optimism rise, their brains scan for more solutions. We actually find that their productivity improves, creative problem solving improves, creativity triples, intelligence rises. So, if we have a massive problem we need to deal with, we need to bring the best brain possible to bear upon that situation. We're finding that these small things like gratitude actually have huge impacts upon us feeling like, " Are we paralyzed in the midst of this, or are we actually moving beyond ourselves to help somebody out in the midst of this?" One of the things I love to mention with the gratitudes is we've been doing work in crisis centers, a lot of the work that I do is in the midst of high levels of challenge. One of the things that I shared at the Sumo Logic conference was this idea that we were working with a level one trauma hospital, Orlando Health, and we got them, at every single one of their staff meetings to have every person in the room say one thing that they were grateful for, exactly what you're doing at the dinner table. Start the meeting not with all the threats, the fires they need to put out, they're actually starting with gratitude, which feels like it's not part of the job description. They did it for two years, and then getting this part of their culture. When we start meetings, we need to start positive, we can do this. Then, as I shared, two years after we started doing this with them, the Pulse nightclub shooting occurred, three blocks down from them. This is a level one trauma hospital, they see trauma all the time. This was the largest trauma they'd experienced all at one time, like what we're experiencing in an unprecedented time. What they found was, the very next morning, the thing that they started their staff meetings with gratitudes again because that was their culture, they said that they were so grateful that they hadn't wasted the last two years just working with the people that they were working with. I think in the midst of this if we could just hunker down, I think we could just try and get our work done, whatever it is, and we can just try to ride this out as long as we can. Or, like you're doing, you can scan for the positives that are going on, and then use that as the fuel to help other people in the midst of this challenge. That's what actually causes people to feel higher levels of happiness. Isolation and loneliness, I was just reading a great research study about it, they found that the loneliness comes, oftentimes, not from the fact that there aren't a quantity of people around them, but that they feel like that they don't have a meaningful impact upon those people, and vice versa. You can increase that meaning by pushing out, instead of just receiving.

Yeah, that's pretty amazing. I would say, my boss starts our staff meetings with this now, and it definitely has made an impact. I have a little cynicism every once in a while, I'm like, " Oh, this is going to be painful," but once you make a habit out of it, it starts to become more natural. Yeah, it does, it definitely changes how you think about things, and how you think about the world around you if you're starting it off like that. That's pretty amazing. Well, pulling this all together, summarizing some actions that all of you can do. Like Shawn was saying, he creates a moat around his day. I love that expression. So, you can create a moat around your day by starting brushing your teeth, or however you want to do it. By talking about three things you're grateful for, before you go to bed at night, making sure to think about something positive, think about some of those good things that have happened during the day, something that you're grateful for. Find some other places to insert it like my family's done around the dinner table, around meetings, however it is, but inserting that throughout the day will help keep that positive momentum throughout the day. I think that's really easy things to do, and it can be fun to do. If you want to go for the advanced level, maybe you can start doing this thing where you keep it and put it in a bowl. Maybe we'll try that, once my family's been doing it for a few weeks. Yeah, I think that's really great, like you were saying, in the stressful times, being able to inoculate your brain against this, and really being able to figure out how to maintain that momentum. Thanks everybody, for listening to another episode of Mindset Reset. This has been the second episode in a four-part series. In our next episode, you can learn how to become more adaptive, in the midst of uncertainty and change by creating short term goals, and cataloging positive progress. Thank you for spending time with us, and see you on the next episode of Mindset Reset.

Masters of Data is brought to you by Sumo Logic. Sumo Logic is a cloud-native, machine data analytics platform, delivering real-time, continuous intelligence as a service to build, run, and secure modern applications. Sumo Logic empowers the people who power modern business. For more information, go to SumoLogic. com.

Watch Video Version of the Series

Uncovering possibilities with a growth mindset

Becoming adaptive in the midst of uncertainty and change

Increasing social connection in a time of social distancing